Want to know more about our talented team? Follow the link below. 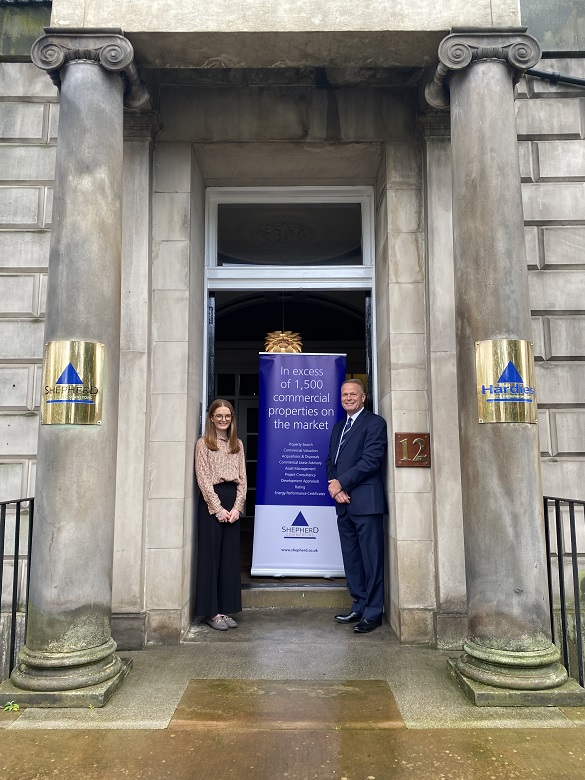 The win marks the fourth year in a row that Shepherd has won the award,  Anderson’s colleague Steven Clarke, an associate in the same department, having been presented with the accolade on the previous three occasions.

An undergraduate at Edinburgh University before studying Real Estate Management and Development MSc at Heriot Watt University, Anderson’s responsibilities at Shepherd include the processing of the sales, lettings and acquisitions of commercial properties within Edinburgh and the Lothians, as well as assisting the commercial valuation team.

Commenting on her win, she said: “I’m delighted to receive this award on behalf of the Edinburgh commercial office for what has been a really strong team effort.”

Commenting on his win, Calder said: “I’m delighted to receive this award on behalf of the commercial agency team in Inverness and hope that it will help illustrate that, despite the challenges faced by the commercial property sector this year, market activity is returning to the West of Scotland and the Highlands regions.

“This award marks a welcome recognition for the hard work undertaken by our commercial team in Inverness and can be attributed to a great team effort throughout the department, which has worked hard to secure occupiers and new instructions.”

“We are confident that our level of commercial activity throughout Scotland will continue to accelerate over the coming months.”

Shepherd Senior Partner George Brewster added: “As senior partner, it’s gratifying to witness the drive of our commercial agency teams throughout the length and breadth of the country which once again has quite rightly been recognised by Estates Gazette as Scotland’s award winning agency team.”