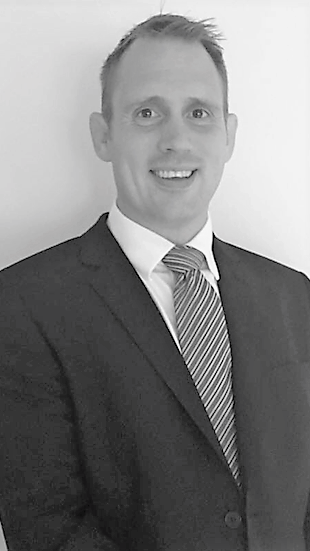 Born  and raised in the Scottish Borders, Chris is a Partner within our Residential Dalkeith office.

After graduating from Heriot watt University with a degree in Building Surveying, Chris joined the Scottish Borders Council as a Building Standards Surveyor, qualifying as a RICS Chartered Surveyor in May 2011 and is now a RICS Registered Valuer . Chris joined the Musselburgh office in April 2015 where his primary role was a Residential Valuation Surveyor. He transferred across to the Edinburgh office in December 2016 and joined the Dalkeith office in 2017.

This is now
Chris carries out Surveys, Valuations and Home Reports throughout the Midlothian area and Scottish Borders on behalf of Solicitors, Estate Agents, Lenders and Private clients . Chris became an Associate in 2017 and a Partner in 2019 within the firm’s Dalkeith office.

Rest and play
Chris is a fan of most sports. He currently plays rugby for Gala RFC.  He is also trying his hand at golf when the weather shines- although admittedly failing!!